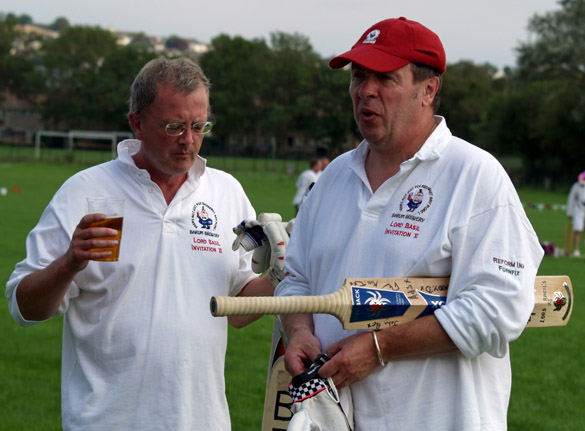 A Lord Basil’s Invitational XI, based in The Reform Inn in Pilton, played a Windsor Arms XI in Bradiford for the Lord Basil Trophy at Pilton Community College on August 25th 2013. This trophy has been played for since 2001, although not every year. Over the years it has been won by Lord Basil’s Invitational XI (thrice), The Corner House (twice), the Lords Leftovers (twice), the Royal Portland Arms (once), the Oddfellows Arms (once) and The Royal Standard (once).  In 2013 the match was won for the first time by The Windsor Arms who scored 104 in 20 overs and then bowled out the Lord Basil Invitational XI for only 35 with Kim Turner top scoring with 19.