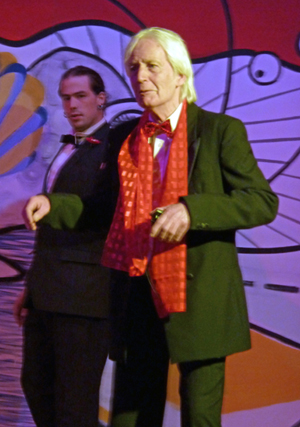 Hamish as Scaramouche in the 2011 Pilton Panto ‘From Benidorm with Love’.

An evening of entertainment is being organised in memory of Hamish Patrick to raise money for the North Devon Hospice and Pilton Church Hall.

Tickets are on sale at THE GREEN MAN and THE REFORM INN, Pilton for £5.

If you would like to take part in the open acts session contact Simon Darling or Esther Davies at The Reform Inn.  Please contact Philippa Cartmell on 01271 378168 with queries.