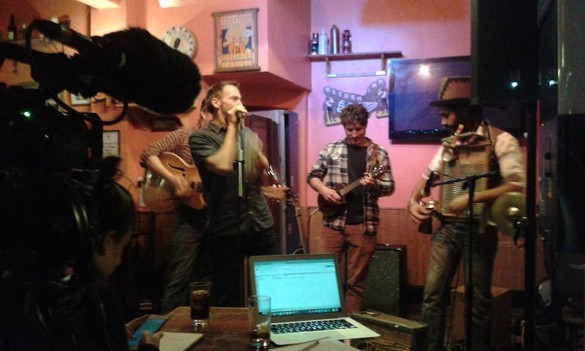 Harry Fry-Vicary was born in 1897 to William and Adelaide Fry-Vicary and lived on The Rock, Pilton.  Before enlisting in 1916 he was a cabinet maker at the Barnstaple Cabinet Works.  In France he would have been involved in bridging and water work as part of the Fifth Army.  He died 100 years ago on 24th March 1918 in the First Battle of the Somme, probably during an action defending the river crossings when the Germans launched ‘Operation Michael’. 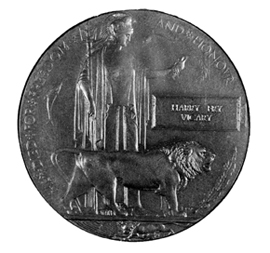 His commanding officer wrote “I have to inform you that your son, Sapper H. Fry-Vicary, was killed in action on the 24th ult.  The company was called up to hold part of the line at a critical moment, and your son died in the performance of his duty.  Owing to the splendid behaviour of the men, who all did their part nobly, the enemy was kept in check.  I should like to express my great regret at losing your son and my sympathy with you in your loss.”

Above is an image of the Memorial Death Plaque awarded to Harry’s family after the war.  Harry is also commemorated in St Mary’s Church, Pilton and Christ Church, Barnstaple, on the Barnstaple Cabinet Works Roll of Honour held in Barnstaple Museum, and on the Pozieres Memorial in France.

For more of the story of Harry Fry-Vicary, follow this link to The Pilton Story archive.

The Story of Harry Fry-Vicary